It was created to effectively support law enforcement. One of the most reliable handheld, compact metal detectors on the market. Thanks to the very sensitive 360 ° sensing field and the silent vibrating alarm with an alarming red LED, the THD detector is a perfect metal detector for law enforcement, especially discreet operational activities.

It is used effectively in schools and universities, bars and clubs, as well as in the protection of companies. With a view to night-time law enforcement operations, a detector has been built into the detector, which is also useful for searching pockets or luggage at airports and other facilities.

Where is the THD manual metal detector located? 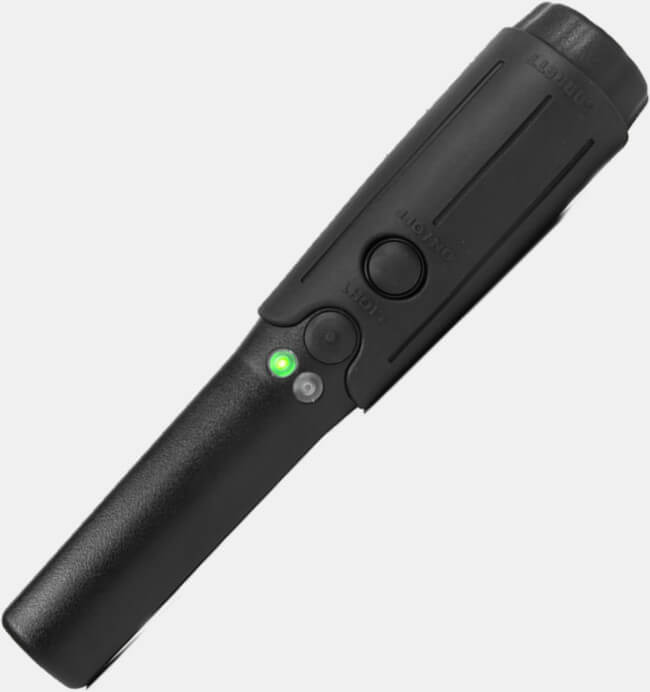 Easy to remove and remove the battery cover

Easy to remove and remove the battery cover

360 ° detection field Scanning around a 9-inch tip with a pinpointer at the end.

Waterproof and dustproof construction The IP66 standard in the IEC 529 standard.

Red LED Alerts about detection when the detector additionally vibrates

LED flashlight It facilitates operations in low light and at night, as well as scanning of luggage and searching of unlit, hard to reach places.

Working with a metal detector THD is intuitive

In the set with the detector, there is a holder for attaching to the belt or mounting in the car - made of ballistic nylon with high durability and resistance to mechanical damage.

The detector is powered by a 9V alkaline battery, which provides up to 80 hours of work, or a battery-powered one, providing up to 25 hours of work after a single charge.

The dimensions of the device